I know Easter is around the corner and some of us are fasting, most of us sober and all of us contemplating the Cross of our Lord, but I want to talk about sex, so please excuse me. Thanks. Wondering what brought this on? You can blame Sandra Bullock’s husband Jesse James, whom we know I’ve been pissed at since the news of his cheating broke. This isn’t exactly about him though.

People who know me well are aware that I have issues with the church for neglecting their role in “sex education” and allowing the Devil to take advantage of our zealousness to obey God’s word. In case you are wondering what I mean, I’ll cut to the chase; I’m talking about ministers and mothers and fathers and brothers and sisters who rightly advocate sexual purity before marriage, only to leave their work unfinished as young people enter marriage without having been schooled on issues pertaining to the marriage bed.

Before you argue that your church is different, let me clarify that I’m not referring to all churches. However, I’m sure you’ll agree with me that even those churches that include sex classes don’t go in depth. Again, I’m not generalizing.

A few years ago I was very persistently pursued by a backsliding young man who had been married to a lovely and lovable Christian wife for 2 years. When I asked him why on earth he would want to cheat on her, he told me she wasn’t satisfying him. She’s beautiful, she’s a great cook, she keeps a clean house and is successful in her career, but she just wasn’t forthcoming in bed. I told him I don’t do other peoples’ husbands, and advised him to go for counseling with his wife and he quickly told me he had brought it up but she refused. Much as I wanted to close the subject, my curiosity got the better of me and I asked him what made him think I would be any better than his wife. He said, “I can see it in you, you have the flair.”

And then he proceeded to break my heart by telling me that his wife was a virgin when he married her and attempting to blame her less than satisfactory sexual performance on that. Oh God, I nearly lost it. I called him out on it, letting him know that as a youth minister advocating sexual purity before marriage is part of my calling and practicing it is a way of life for me, but it hurt to know that abstinence before marriage equals a boring, unsatisfactory sex life. This should not be so.

I know so many husbands who have strayed because their wives were unable to satisfy them, and while it is not an excuse to cheat, it is a reality. When some people suggested that Jesse cheated on Sandra with that tattoo-covered woman because she could give him what Sandra could not, everything within me revolted against the idea. I refused to consider it even when I was reminded of the perfectionist desperate housewife Bree Van De Kamp whose husband carried on an affair despite his deep love for her, because had desires he couldn’t share with her. “That skank cannot hold a candle to Sandra Bullock in any way”, I protested.

Suddenly this afternoon I remembered that Jesse’s former wife Janine Lindemulder is an ex-porn star, and a light bulb went on in my head. Was it possible that there were things he was used to getting from Janine that Sandra wasn’t into? The more I thought about it, the more I realized that this same old problem was here again. Man wants something, wife will not consent, skank will help her do the job.

Pastor Paul Adefarasin once told the men in his church who had played the field before receiving Christ, that they should not expect the nice sister they married in church to be like “Naughty Nancy” (his own words) they used to know in the world. Fair advice, but I have to ask, “why sef?” In the words of Rev Mrs. Funmi Akingbade, “Why is your husband’s mistress the one who is hot in bed? Why are you, who have the Holy Ghost, cold?” This is becoming another long post.

Let us hear the conclusion of the matter. The Bible says in Proverbs 5:18-21:

18 May your fountain be blessed, and may you rejoice in the wife of your youth.

19 A loving doe, a graceful deer— may her breasts satisfy you always, may you ever be captivated by her love.

20 Why be captivated, my son, by an adulteress? Why embrace the bosom of another man’s wife?

21 For a man’s ways are in full view of the LORD, and he examines all his paths.

Sisters, make we co-operate abeg. Sex in marriage is not an “unfruitful work of darkness”. Before you marry someone, be sure to discuss your preferences and if one person agrees to forego something, he/she shouldn’t expect, or put pressure on, the other person to change his or her mind after marriage. Decide if you are willing to live without xyz for the rest of your life, and ask God for grace to live with that decision.

Let the older women and even the young ones who are married teach the newly wed and soon-to-be-married how to enjoy their marriage bed. Let husbands and wives communicate and patiently teach each other what they enjoy. Let’s not hide under the cloak of religion and “spirituality” while the devil makes fools of us. Why should the children of this world be wiser than the children of light?

God gave us all things to enjoy including sex, so once you are married, enjoy it very well and don’t apologize for doing so. I am by no means an authority, but God forbid that any of the girls I’ve encouraged to honour God with her body should end up incompetent in marriage because she waited. I tell you, it is not the honourable state of virginity that is to blame; it is the assumption that being a virgin or a Christian excuses you from learning what you should know at the right time. Let’s buy good books and read them; we can even start with the Song of Solomon. Let us examine marital sex in the light of God’s word. Let us be careful not to give Satan a foothold by rendering our spouses vulnerable to sexual temptation, for we are not ignorant of his devices… 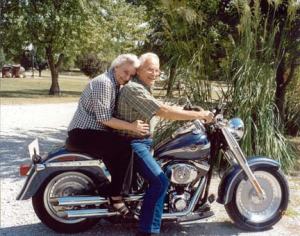 Being in love is a good thing, but it is not the best thing. There are many things below it, but there are also things above it. You cannot make it the basis of a whole life. It is a noble feeling, but it is still a feeling. Now no feeling can be relied on to last in its full intensity, or even to last at all. Knowledge can last, principles can last, habits can last; but feelings come and go. And in fact, whatever people say, the state called “being in love” usually does not last. If the old fairy-tale ending “They lived happily ever after” is taken to mean “They felt for the next fifty years exactly as they felt the day before they were married,” then it says what probably never was nor ever could be true, and would be highly undesirable if it were. Who could bear to live in that excitement for even five years? What would become of your work, your appetite, your sleep, your friendships? But, of course, ceasing to be “in love” need not mean ceasing to love. Love in this second sense–love as distinct from “being in love”–is not merely a feeling. It is a deep unity, maintained by the will and deliberately strengthened by habit; reinforced by the grace which both ask, and receive, from God. They can have this love for each other even at those moments when they do not like each other. They can retain this love even when each would easily, if they allowed themselves, be “in love” with someone else. “Being in love” first moved them to promise fidelity: this quieter love enables them to keep the promise. It is on this love that the engine of marriage is run: being in love was the explosion that started it. —C.S. Lewis